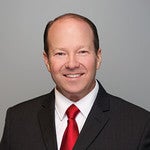 Mark Carver is a Louisiana attorney who practices in our New Orleans office. His primary areas of practice include employment law, complex civil and commercial litigation, and casualty defense.

After 21 years of distinguished service, Mr. Carver honorably retired from the US Army Reserves in 2006 at the rank of Major where he most recently served as JAG Officer in the Judge Advocate General's Corps.

In addition, since 2003 Mr. Carver has volunteered as an Assistant Bar Examiner for the Louisiana Supreme Court's Committee on Bar Admissions. In 2009, New Orleans City Business Magazine honored Mr. Carver by recognizing him as one of the top 50 attorneys in the New Orleans area and presented him with its Leadership in Law award.

With this unique background Mr. Carver has an extensive knowledge and understanding of the law about meeting the needs of the client.

Other Personal Background Information and Interests