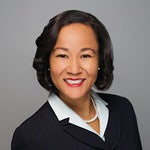 Sharon S. Gilmore is a senior attorney in the Dallas office of The Myers Law Group and practices Labor and Employment law.

Ms. Gilmore started her legal career with the law offices of Schwartz & Eichelbaum, now Eichelbaum, Wardell, Hansen, Powell and Munoz. During her four-year tenure with the firm, Ms. Gilmore defended Texas school districts focusing on school law with an emphasis on Title VII and Age Discrimination in Employment cases. Due to Ms. Gilmore's assistance as second chair, one of her clients succeeded in a religious discrimination in employment matter. She has also successfully defended race and age discrimination claims.

In 2007, Ms. Gilmore joined Busch & Myers to further develop experience in labor and employment law. However, when she was offered an attorney position with the United States Department of Education, Office for Civil Rights, Ms. Gilmore decided to make a difference and learn more about laws addressing discrimination.

While working for the government, Ms. Gilmore gained experience in Title VI of the Civil Rights Act of 1964 (prohibits discrimination against race, color, national origin, and religion), Title II of the Americans with Disabilities Act, Section 504 (also prohibits disability), Title IX of the Education Amendments of 1972 (prohibits sex and gender discrimination), and Age Discrimination Act of 1975. During her tenure with the Department of Education, Ms. Gilmore honed her investigative skills and worked to ensure colleges/universities, school districts, and schools complied with the federal laws.

After nearly seven years with the Department of Education, Ms. Gilmore returned to The Myers Group. She practices labor and employment law and prides herself in assisting clients with difficult dilemmas.

Currently, Ms. Gilmore represents clients starting with EEOC level investigations and position statements. She also participates in mediation to settle disputes without the need for a trial. Ms. Gilmore plays an integral part in all aspects of litigation including drafting motions for summary judgment.

Ms. Gilmore works with private companies in the creation of employee handbooks, reviews them for compliance issues, and conducts employment investigations.