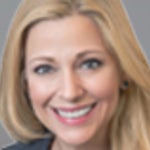 Tammy C. Neil is a senior attorney in the Dallas office of The Myers Law Group and practices Labor and Employment law.

Ms. Neil's legal career started with a judicial clerkship with the Honorable Donald E. Walter, a United States District Judge in the Western District of Louisiana.

From there, Ms. Neil went on to Thompson & Knight in the Dallas, Texas office. Her work moved to civil litigation and included insurance defense, with a focus on products liability. During her employment with QSLWM for 15 years, Ms. Neil gained substantial experience regarding insurance coverage issues.